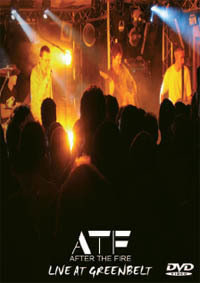 AFTER THE FIRE - Live At Greenbelt

6. Dancing In The Shadows

and unplugged session in The Tank

of Greenbelt from Peter and John

AFTER THE FIRE enjoyed initial UK chart success in 1979 with "One Rule For You" and
world wide success in 1983 with "Der Kommissar".

Having initially performed at the legendary Greenbelt Arts Festival in 1979 they returned 25 years later marking a return to live performances. Originally filmed as a private record of the event it has now been decided to release the show on DVD as a "warts and all" official release.

Track listing includes all "the hits" and more�What a night-you had to be there!
Save this product for later
Display prices in: GBP