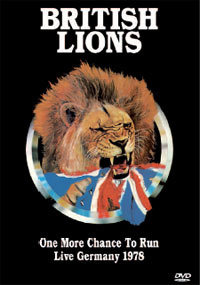 5. My Life In Your Hands

6. Wild In The Streets

10.One More Chance To Run

13.Return Of The Buffalo

UK , European and USA tours took place over the next couple of years and a groundbreaking first album was released to much critical acclaim 'British Lions' SJPCD065