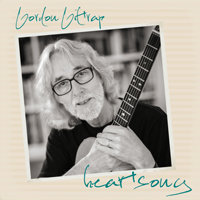 Guitarist GORDON GILTRAP is widely recognised as a "musician's musician" and the respect he receives from his peers speaks volumes for not only his style, ability and influence but also for him as a person. Gordon has published by Wymer Publishing on 5th October 2018 the book "Perilous Journey" written by Steve Pilkington.

To coincide with the book publication, Gordon has with his producer and collaborator Paul Ward remixed and recorded songs including the original hit single "Heartsong", as well as the all-star version of "Heartsong" recorded in 1993 with BRIAN MAY, MIDGE URE, STEVE HOWE and RICK WAKEMAN all of which are released as a four track single on 28th September 2018.
Save this product for later
Display prices in: GBP