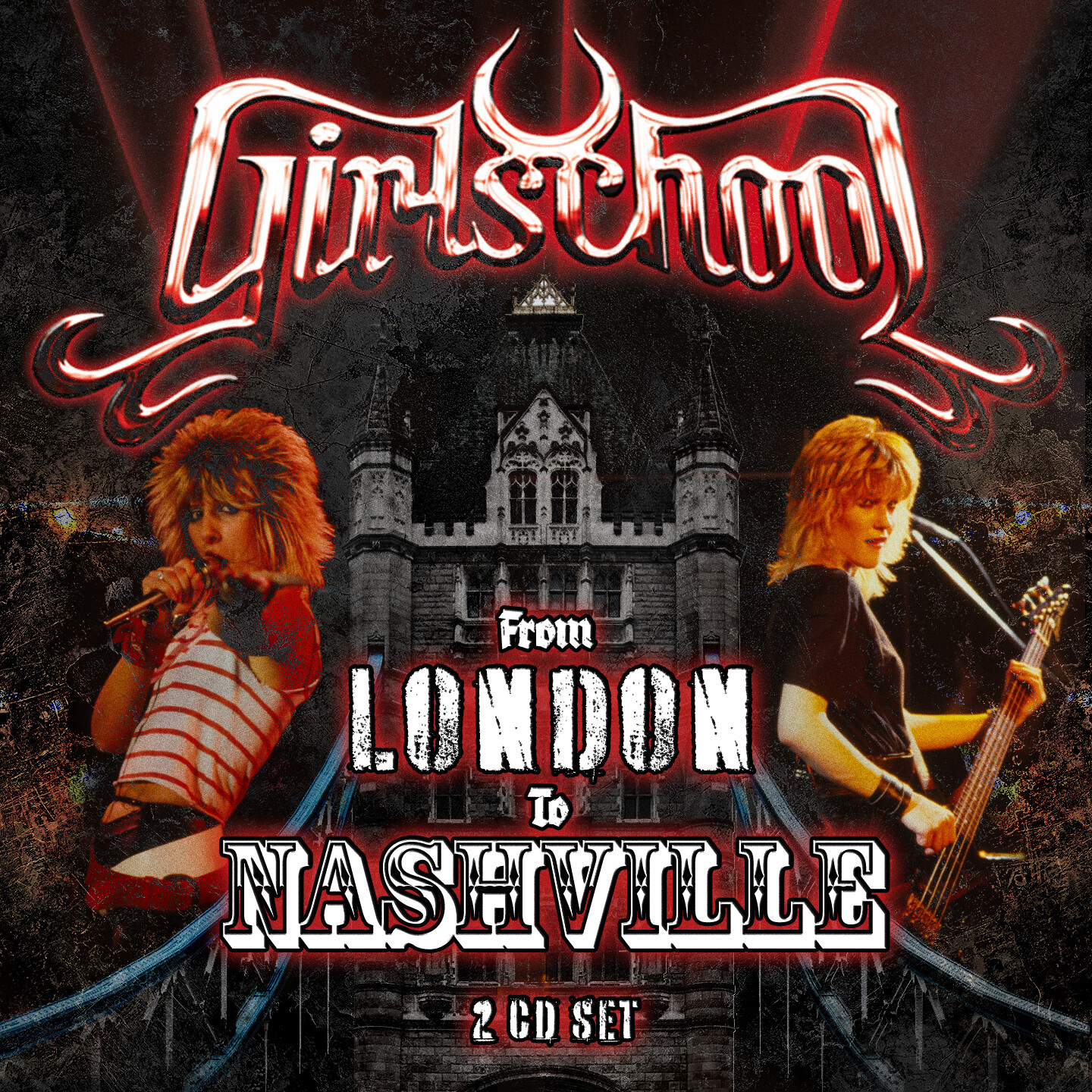 Girlschool - From London To Nashville

CD-1 This 1984 show in London’s Camden Palace occurred during the peak of Girlschool’s career, while they were recording their album RUNNING WILD, which would be released some six months hence. Girlschool took to the stage and proved they belong in the male-dominated world of lightning guitars, thundering drums and powerful vocals includes ‘C’Mon Let’s Go’, ‘Nowhere To Run’, ‘You Got Me’, ‘Play Dirty’, ‘Hit And Run’, ‘Future Flash’, and ‘Running For Cover’

CD-2 Recorded in Nashville, Tennessee on January 12, 1984: This Concert finds Girlschool in the midst of their transition from the sort of female-biker punk-metal that made them Motorhead’s soul sisters, to a more commercialized pop-metal sound. The trade-off wasn’t the total disaster some fans thought, though -- the material on albums like Play Dirty, which directly preceded this concert, demanded more polished musical skills, even if it toned down their earlier raucous energy somewhat. That’s the crossroads Girlschool is at here and it’s an interesting one for devoted fans.