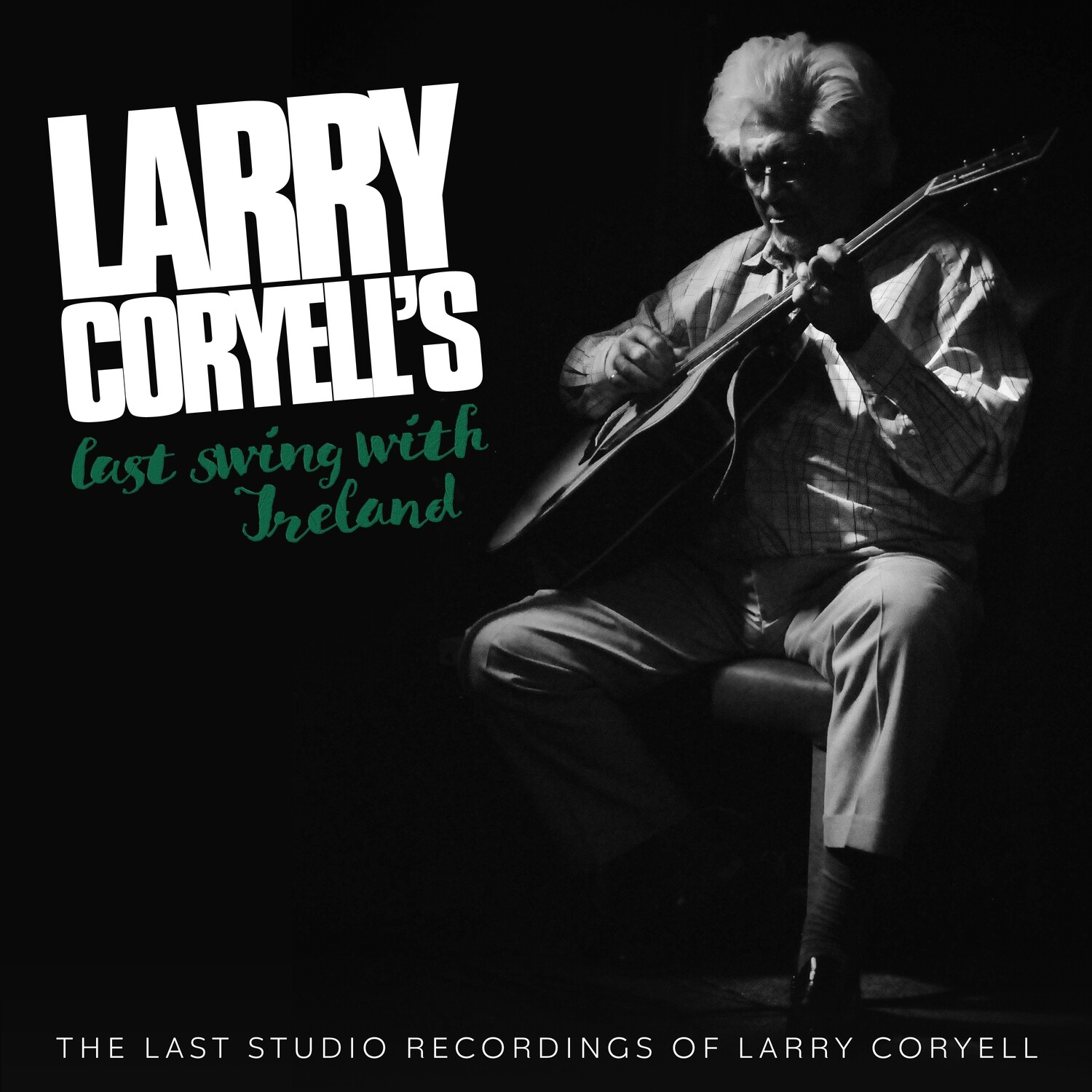 ‘Last Swing In Ireland’, a previously unreleased studio album from the late great American Jazz guitarist Larry Coryell, is issued on CD through Angel Air [Cat No SJPCD641] on 30 April 2021.

Larry’s ‘Last Swing in Ireland’ was captured on his final visit to the Emerald Isle in May 2016. He made a lasting impression both at Dublin’s Hellfire Studios, where this album was laid down, and also at an incendiary live show at The Sugar Club [the recording of which will be released later this year by Angel Air]. Larry teamed up with his favorite Irish rhythm section, Kevin Brady and Dave Redmond, and the results speak for themselves: they rock they swing and everything in between. ‘Last Swing in Ireland’ was Engineered / Mastered by Ivan Jackman.

Larry Coryell was a guitar virtuoso, performer and composer of Jazz and Jazz- Rock classics, but also the master of guitar improvisation. He was known in the Jazz world as the “Godfather of Fusion”. Larry’s highly acclaimed improvised guitar stylings and compositions positioned him as one of the first innovators of the jazz-rock fusion movement in the late 1960s.

A true legend in the history of Jazz music, Larry knew and played with many of the Jazz and Rock greats of the 20th and 21st Centuries such as Jimi Hendrix, Eric Clapton, Chet Atkins, Chico Hamilton, Gary Burton, Chick Corea and Miles Davis. His incredible career spanned over 50 years of wonderful music, both on the road and in the studio. You’ll never forget Larry’s sound or his personality, and ‘Last Swing In Ireland’ captures both.