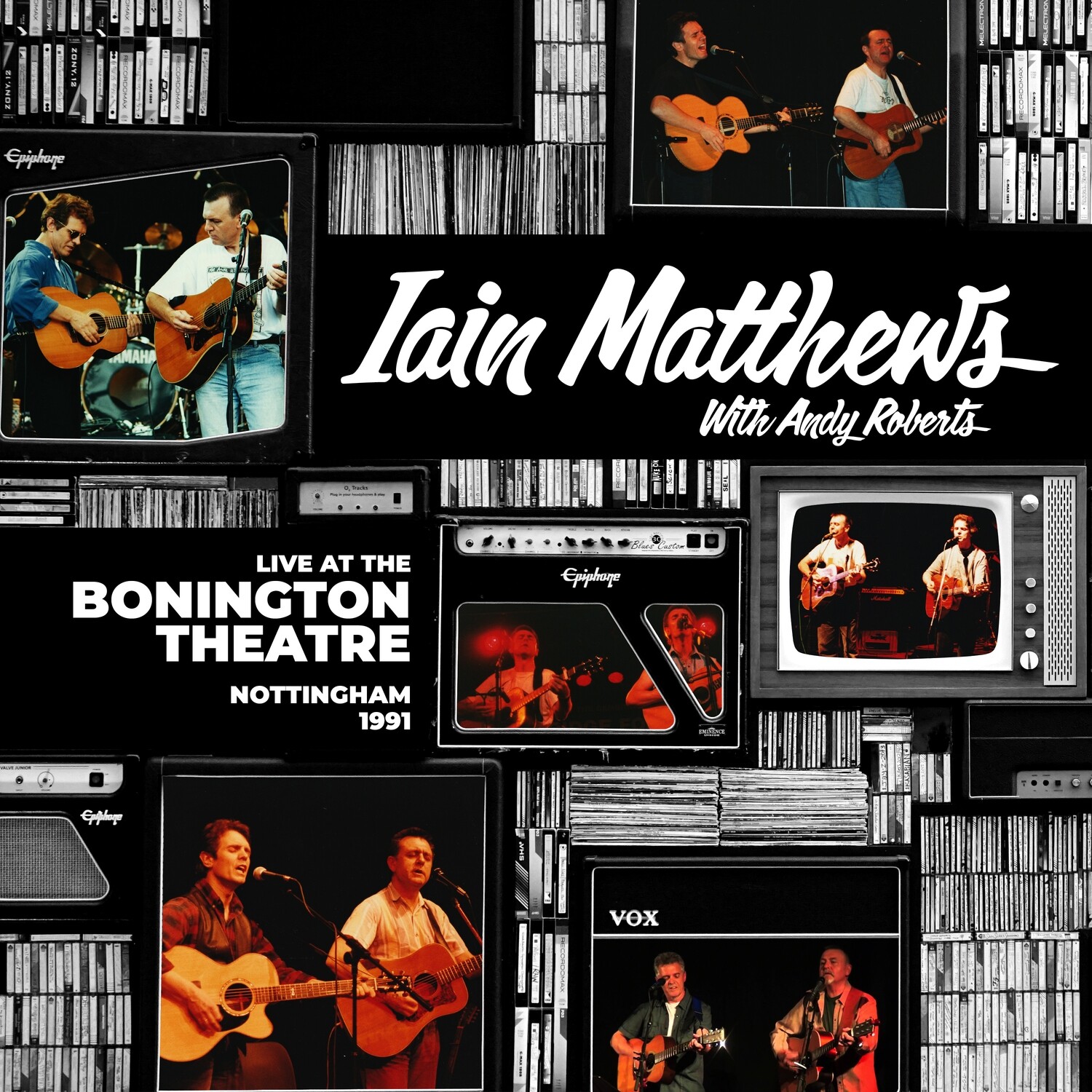 Live At The Bonington Theatre - Nottingham - 1991

‘Live At The Bonington Theatre - Nottingham 1991’ from Iain Matthews with Andy Roberts is issued on CD through Angel Air [Cat No SJPCD642] on 7 May 2021. The singer, songwriter and guitarist Iain Matthews has carved out a fifty year career in music, he features on more than 100 albums! He is best known as an original member of the mighty Fairport Convention, featuring on the albums ‘Fairport Convention’ and ‘What We Did On Our Holidays’, before leaving during the recording of ‘Unhalfbricking’. He went on to set up Matthews Southern Comfort (who had a UK number one in 1970 with their poignant version of Joni Mitchell’s ‘Woodstock’). In 1972, after two solo records the year before, he formed a new band Plainsong, which was - initially - a short-lived project that also featured fellow guitarist Andy Roberts.

Since then, Matthews has considered to work; solo, with iterations of those previous bands, but also in new directions, such as his work with Dutch composer Egbert Derix. He remained in touch with Andy Roberts and they worked on many further Plainsong projects.

Iain himself takes up the story of their relationship and reunion, “Andy Roberts and I go way back. Yet, in 1990, we hadn’t seen each other, or even been in touch for nigh on eight years. Not since the demise of Plainsong and my move to California. All of that changed one chilly evening in Brighton and re-cemented our ongoing friendship. Close to the end of the tour (on my newest album ‘Pure and Crooked’), we ended up in the nondescript back room of a pub. I knew Andy was somewhere in the area, but didn’t know how to contact him and certainly never expected to see him. I scanned the crowd and low and behold, there he was, beaming at me like the proverbial Cheshire Cat. My heart soared.”

And as for the show captured here? Back to Iain. “I’d like to tell you I remember details, but I don’t. After all, it was thirty years and a few hundred shows ago. I do remember that it was family affair and we were playing a guest spot with Simon Nicol and Rick Sanders, our extended Fairport family. I do remember that touring and playing with Andy back then was always a blast. The performances never fell below an eight on the one-to-ten scale and this was no exception”. That’s certainly true, ‘Live At The Bonington Theatre - Nottingham 1991’ doesn’t disappoint.