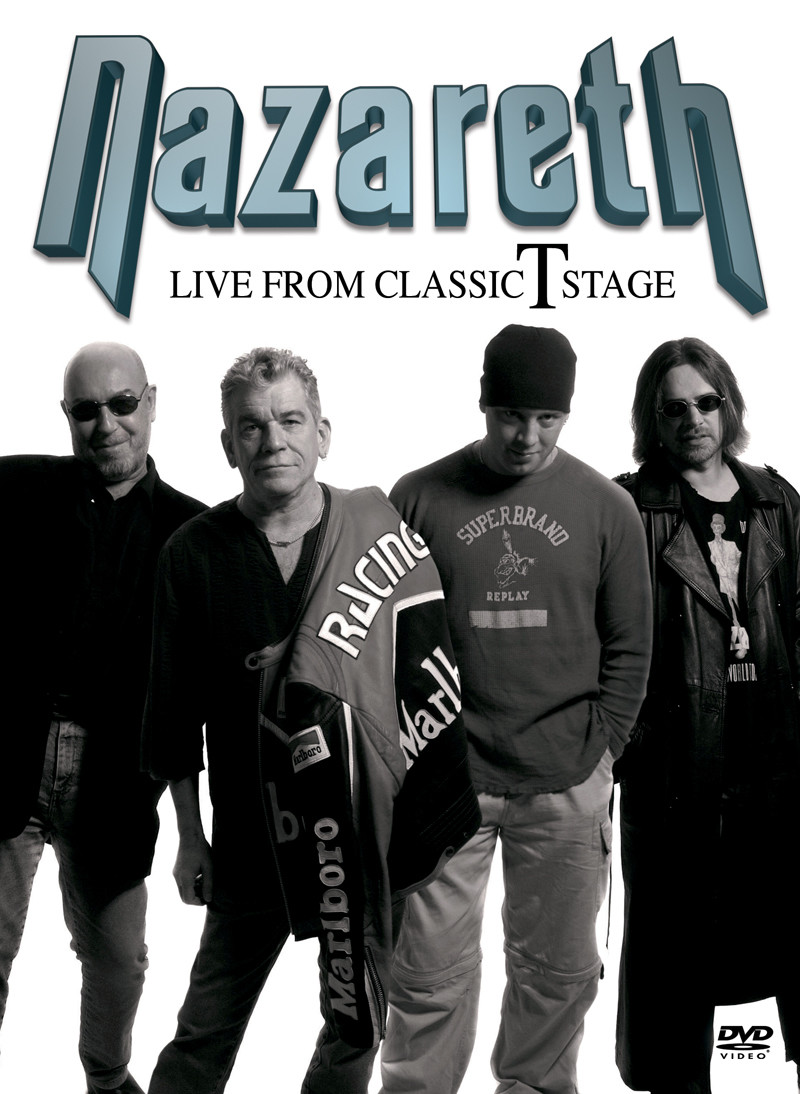 “Live From Classic T Stage” was recorded at Shepperton Film Studios, UK in 2005 and presents Scottish hard rockers Nazareth on top form, performing a live session which includes many of their greatest hits. Year after year has been met by surprise for the band and Nazareth have lived it all - the Rock ‘n’ Roll, the ups and downs, the fame and endless touring. There is an undeniable feeling of freshness to their outlook with evidence of a common camaraderie between the band members that is unique and an obvious ingredient to the longevity of their music career.


This performance is stunning proof that Nazareth remain hot, tight and very, very loud as they play with the same conviction and a passion that has seen them at the top of their game for the last 40 years.

Formed in 1968, Scottish rock band Nazareth originally comprised of Dan McCa erty (vocals) , guitarist Manny Charlton, bassist Pete Agnew and drummer Darrell Sweet. The band moved to London by 1970 in order to establish themselves and released their self-titled debut album in 1971. Whilst Nazareth and 1972’s Exercises registered the band on the British rock radar, it was 1973’s Razamanaz that propelled them to international fame thanks in part to the hit singles “Broken Down Angel” and “Bad Bad Boy”. Loud ‘n’ Proud and Rampant released in 1974 continued their success.

Hair of the Dog (1975) featured their revamped version of the Everly Brothers’ “Love Hurts,” and the album sold over a million copies in the U.S. Until the end of the 1970s, the band continued successfully as a quartet, releasing a series of Top 100 albums. In 1979, they added former Sensational Alex Harvey Band guitarist Zal Cleminson to their lineup; he left after recording two albums - 1979’s No Mean City and 1980’s Malice in Wonderland - and was replaced by former Spirit keyboardist John Locke. Following the 1981 live album ‘Snaz, guitarist Bill Rankin also joined the group; Locke left soon after his addition and Rankin switched to keyboards. By this time, their commercial appeal had dwindled across both the U.K. and the U.S. By the mid-’80s, Nazareth was left without a record contract, so the band was put on hiatus for a few years. They returned in 1991 with No Jive, which failed to gain an audience in America and Europe.


In 1998, Nazareth resurfaced yet again with Boogaloo and whilst they still commanded a loyal fan base commercial success remained illusive. Over the next decade Nazareth continued to record and perform, and still know how to bring the house down.

Product player may not be available in your territory
Save this product for later
Display prices in: GBP