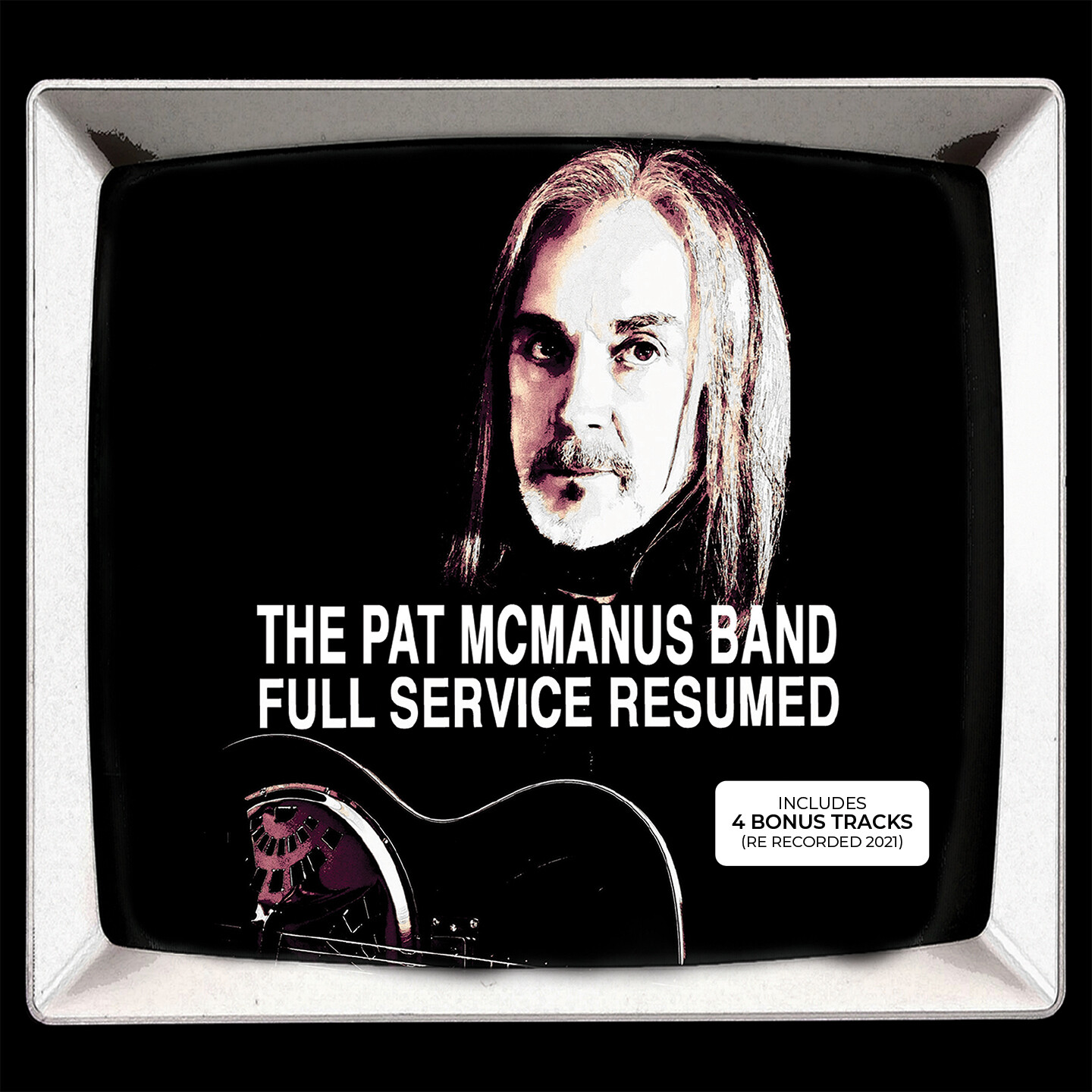 Pat McManus, who is known by many from his former bands Mama’s Boys and Celtus and from the last fifteen years by his own Pat McManus Band is back with his seventh solo studio album ”Full Service Resumed “. Once again Pat has delivered a brilliant Rock and Blues album, this time with the added bonus of four extra reworked and re-recorded tracks from his vast back catalogue. This album is classic Pat McManus and showcases his simply great and varied songwriting skills. Pat is an extraordinary musician who grew up in a family steeped in traditional music. He became an award winning violinist at a very tender age, coming to Rock and Blues in his late teens. He quickly developed his phenomenal guitar and songwriting skills.

‘‘Full Service Resumed’’ brings us full circle as it includes the classic tracks “Belfast City Blues” one of his very first compositions, “Belfast Boy” and two others.