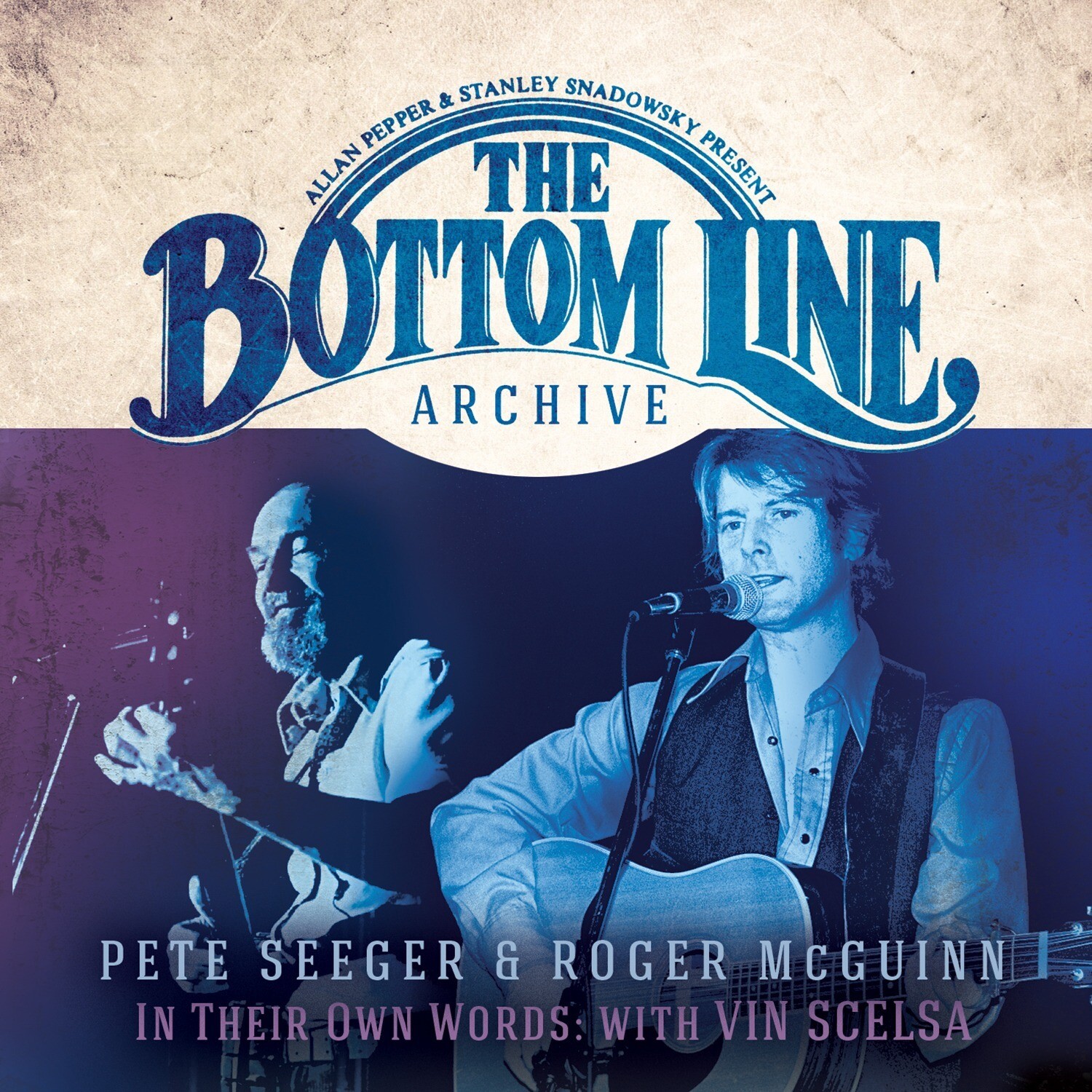 Pete Seeger & Roger McGuinn: Live at the Bottom Line The historic first meeting of two generations of folk masters happened only once, and it happened at The Bottom Line. Over the course of one night in 1994, with noted radio personality Vin Scelsa leading the conversation, Seeger and McGuinn swapped stories and songs. They had a lot to talk about The Byrds had scored a huge No. 1 hit with Seeger s Turn! Turn! Turn! in 1965, which Seeger credited with putting his kids through college and that s just the start. Includes Chestnut Mare, If I Had a Hammer, Eight Miles High, Bells of Rhymney and So You Want to be a Rock n Roll Star.

That evening was something I ll never forget. It was a big deal for me to be there with Pete, and to play Bells of Rhymney for him, with him whistling at the end. Afterwards, Pete came by my dressing room and quietly said he had never heard Bells of Rhymney sung so well. When he left, Camilla and I had tears running down our faces. A very cool evening.

We invite you to join us for a very cool evening from May of 1994, recorded for posterity at The Bottom Line in New York City.