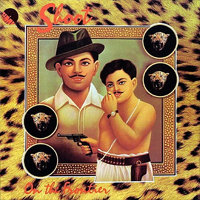 SHOOT - On The Frontier

Originally pressed on major label EMI both in the UK and the US, the album had no real push or promotion at the time and Shoot ended before it began.

The title track "On The Frontier" is better known for the version recorded by the post-McCarty line up of Renaissance on their 1973 album "Ashes are Burning".

One album in, we get the melodies of a band that combined elements of country, psychedelia, prog, and jazz rock - now available from Angel Air Records via iTunes.
Save this product for later
Display prices in: GBP