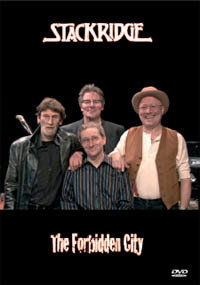 17. Everybody's Got To Learn Sometime

18. The Road To Venezuela

22. Something About The Beatles

History Of The Band - Michael Heatley

STACKRIDGE performed to a sold out audience in Bath, England during April 2007 as part of their commitment to touring the UK during this year. Angel Air were there to film this historic gig.

The gig whilst being memorable for them playing all their popular songs also heralded the return to live performances of MUTTER SLATER who had always in the past commanded audience attention and participation. The fans were not disappointed. Classic English popular music